So after our slightly rainy day on the 9th, we woke up to snow on the 10th. By the end of 16 hours of non-stop snowing, we had four inches of snow on the ground… and it didn’t go away for until half way through the 12th. 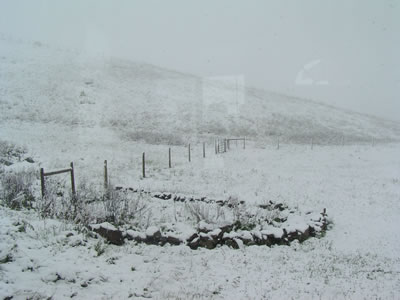 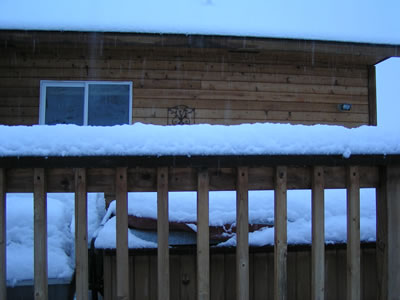 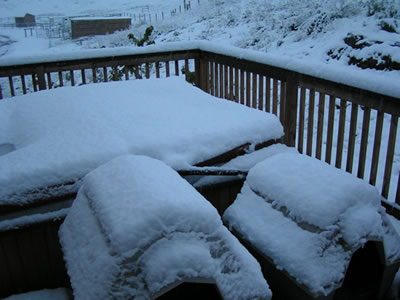 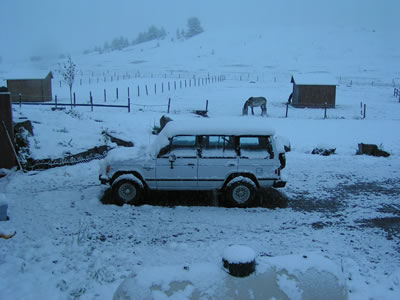 Here are some of our animals in the snow: 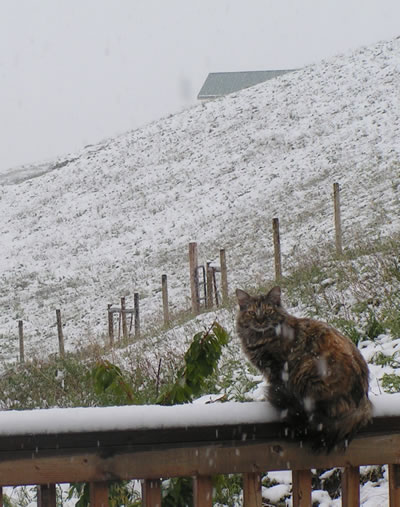 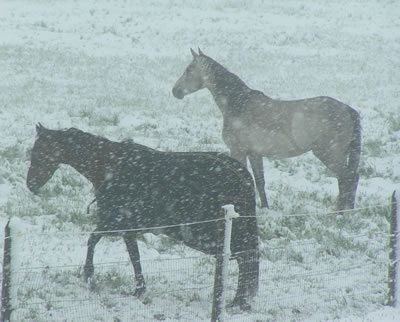 We also had a bunch of birds taking shelter on our front porch.
Here’s a sparrow that Anna caught mid-chirp: 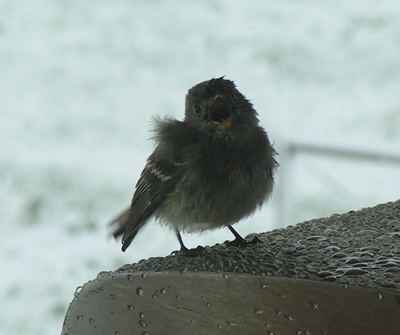 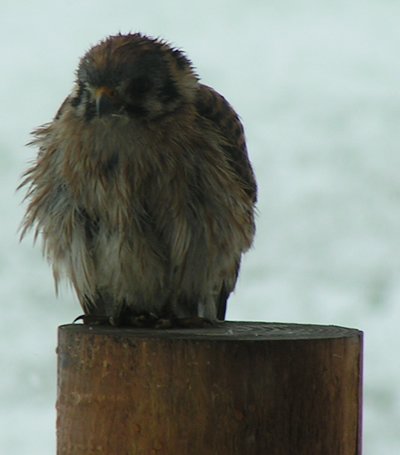 He is so fluffed up he looks almost like an owl.

The picture is of an American Kestrel, the smallest North American raptor. I believe it is a female because the wings are rusty and not blue grey.
~Ian

The rain did bring us a nice present thought. This was taken right off our front porch: 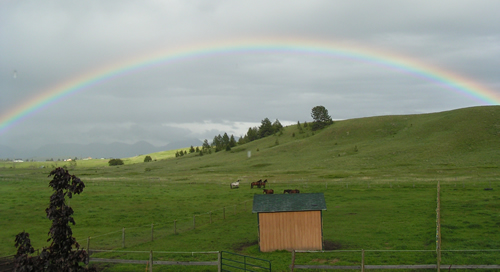