First off, if you didn’t know, our neighborhood is awesome. Everyone is very down to earth and nice. One of our neighbors, raises cows. Yes, it’s the same neighbor that herds his cows in front of our house. Our horses have gotten better about the cows now that they’ve seen them a number of times, but they still need some work.

Anyway, to get on with the story, we decided to purchase half of a small cow from this neighbor. We talked about it last winter, and last Thursday (day before Halloween), we get a call saying, “Your half a cow is ready to be butchered. How would you like it cut.” We didn’t have any sort of warning, but it was too late to do anything else, so we told them what we wanted, and today (Monday), Anna went and picked up 3 heavy boxes full of meat.

Here’s some pictures of the tiny fridge that Anna purchased filled with most of the meat (about 30lbs had to go into the kitchen freezer): 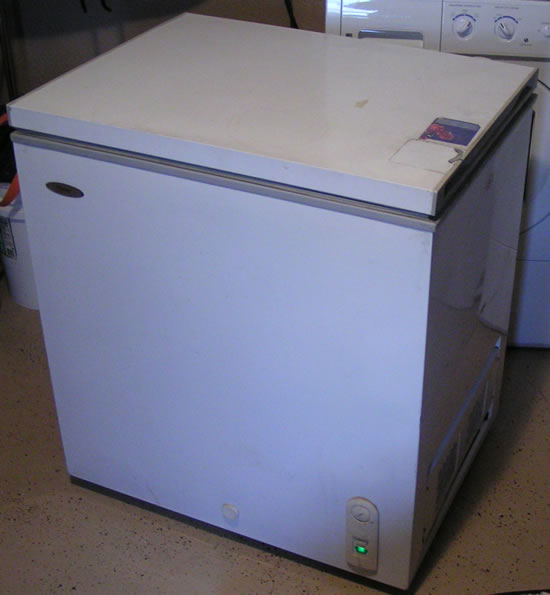 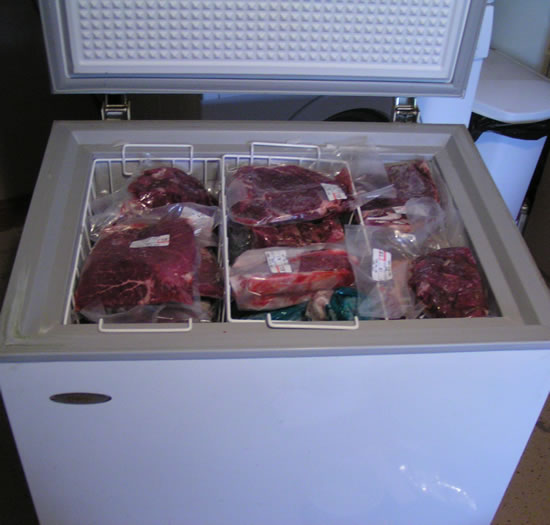 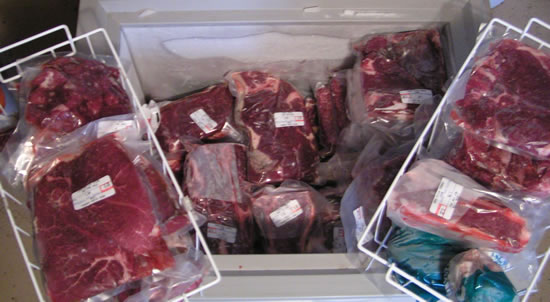 (Random side note: We just realized recently that both Anna and I (Ashton) have “O” Blood Type, which thrives on meat. Good thing, too.)

That’s all from the Farm today,
Ashton Anna The road in front of our house is almost never used. Our neighbors find that it’s faster to drive away from us to get to town. That means we are farther from town than all of our neighbors no matter which way we go, but that’s fine cause we almost never have traffic on our road. Emphasis on “almost.”

About a mile North of our house is a cow farm who apparently uses our road to herd their cows. We’ve been here for a month and haven’t seen them before, but this is what happened:

We hear “Moo”ing outside, so we go to check it out, and are presented with this: Here’s another close up of the cows:

Wow… That’s a lot of cows. Apparently the horses thought so too, because they were running around frantically trying to get as far away from the cows as possible. At this time, we had Liana (the grey) and Onora (the two-year-old bay) in the arena, and Jett (the black horse) and Ossette (the older bay) in the coral that you see in the picture above.

In this picture you see Jett and Ossette looking at the cows, and Liana and Onora are hiding just off to the right of the screen. Just after I took this picture, Liana and Onora both jumped through different fence posts! They just couldn’t stand being that close to the cows, so BAM! They were out.

(Note the broken fence post in this picture. Thats the one that Onora jumped through.) Lianna jumped through a fence post off to the right, which didn’t get her any closer to the others: “How did you guys get on that side of the fence?”

Here is a close up of the fence that Liana jumped through: And of course, after the big scare: “Where did all those cows go?”

Now if I make a “Moo” all the horses look up at me.