When I first got back from camp, I took some scrap wood, 2 by 2’s and a Sunday, and built a chicken coop. It really was more like a box on stilts surrounded by chicken wire. I’ve spent a little bit of time every weekend adding on, and updating it in the hopes that it will become the coolest chicken coop ever!

Here is the first picture I took of my completed chicken coop:

(We stacked the pallets around it for some protection from the dogs, because we didn’t know how ferocious they would be…)

After a couple weekends of upgrading, we got the chicken coop into place along the side wall of our hay shed, and added some planking, walls, etc.

You will notice (above) that the front of the chicken coop is one large door, so we can easily clean it out.

My next innovation was even cooler. Here are my custom built nesting cubicles: (Here is a good picture of the big door in front being open.)

And on the back side, I’ve got a secret door so I can easily remove the eggs without disturbing the chickens, or having to open up the huge door in front.

Here is another picture of the secret door on the back of the chicken coop:

The weekend after the above picture, I made the front wall and door of the chicken coop solid (instead of chicken wire). Sorry, no pictures of the process…

But all of those additions so far, are nothing when compared to Anna’s great idea to paint the chicken coop! (Which was scoffed at by some friends lol)

Anna picked out the Red color, and I helped with thinking up the design. You can also see a smaller door I created on the front door. (It’s got the “X” on it.) When I added the wood to the huge front door, it became very heavy, so I created that smaller door for easy access.

Today, our chicken coop has 4 doors, 3 solid walls, and a beautiful paint job.

(Today, we received our 36th egg! That’s three dozen in almost a month! And worth $7.50…. so they have almost paid for themselves…) (Silly) Sally is the most skiddish chicken I’ve ever seen. We call her Silly Sally because if you get within 5 feet of her she starts darting around and clucking frantically as if you are the grim reaper here to collect her soul. Silver understands that we aren’t trying to kill them, and hangs out a little closer to humans.

We calculated out that 1 dozen “Naturally Nested” eggs costs $2.50 (or a little under $.21 cents) each. We calculated how much money we’ve spent on the chickens so far, and how many “free” eggs they’ll have to produce to break even…

They owe us 577 more eggs. Hahaha. We’ll keep you posted on how they are doing in repaying their debt. 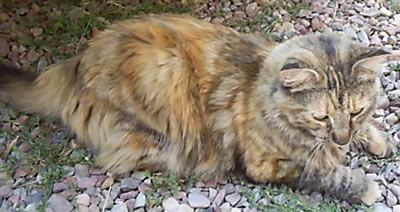 Mocha’s first experience with a snake! (That we know about). 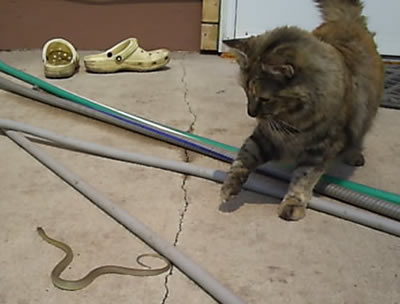 Mocha was playing around in the grass, and then comes out with a baby garter snake in her mouth. 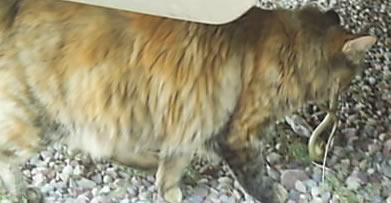 She played around with it for a while, and she got bored of it. 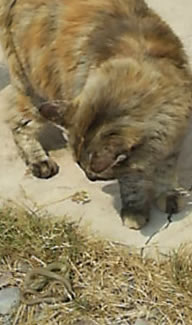 We haven’t seen the snake since.