The Trakahner breed puts more importance on the mare (mother), so a Trakahner foal’s name must begin with the first letter of the mare’s name. Before we knew what gender the foal was going to be, Anna did a facebook survey with some filly/colt names that she liked. Here are Anna’s facebook posts and the comments from people who liked Linux:

Don’t forget this is for a horse so it can’t be hard to say quickly. It also can’t be a name that has been used before so don’t be offended if I can’t use a great name as it may be taken.

After the majority voted for “Linux” (Pronouced: Lynn-ex), and as a tribute to her nerdy husband, Anna chose Linux for the new colt. (Linux is a computer operating system like Windows.)

Here is a picture of him on his birthday: 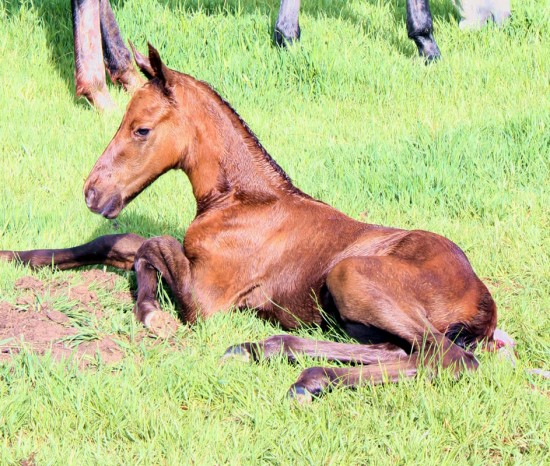 Liana was 4 days late. Which just so happened to be when Anna left for a weekend horse show with Ossette. The first day Anna was gone, Carol was feeding the horses, and saw the new baby out in the field. We figured he was born around 4:00. He was so long-legged, it took him 3 or 4 hours before he was able to stand and drink.

It was sprinkling that evening, and a beautiful rainbow came out. 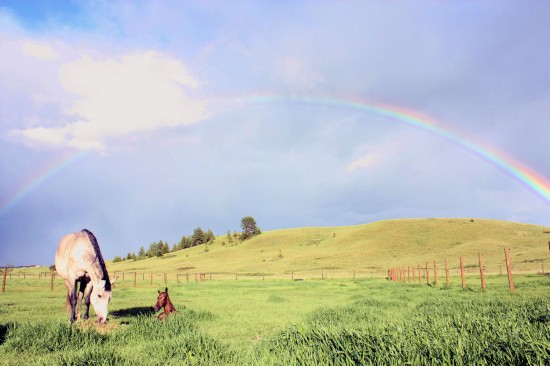 *UPDATE: Here’s some updated pictures of Linux a couple days to a couple months old* 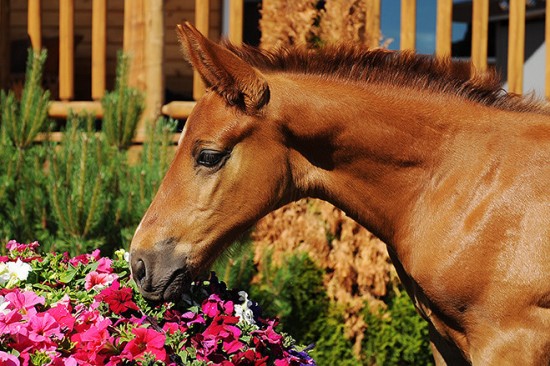 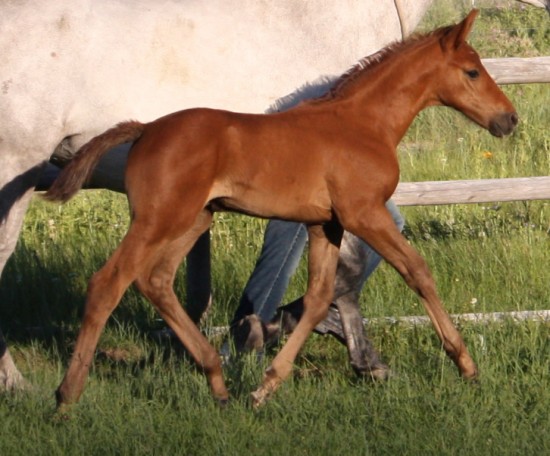 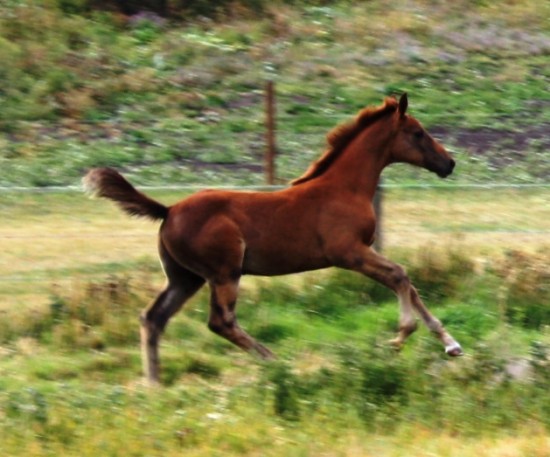 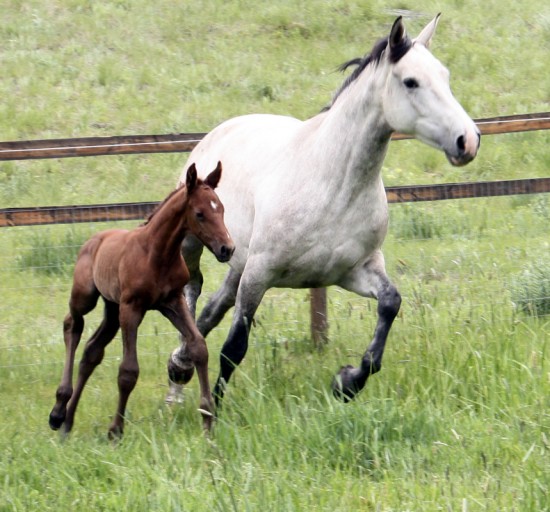