Geoffrey and I put in a couple hours on my stone wall back on the 4th of August (I changed the date on this post ;)).

When Donald helped us dig out the Garden, I had him put a lot of the excess dirt into my stone wall area. Now that we have a good start with the dirt, Geo and I moved some more rocks into place to make a nice rounded corner next to the “turn around spot.”

Here’s a quick before (from last year) and after: 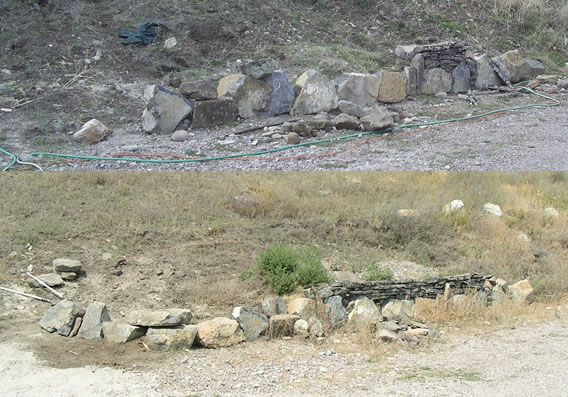 One of the first large rocks we moved had a large beautiful snake living underneath it:

Here’s another picture blog of how things are around the ranch:

Every year, for a couple weeks, our hill is covered in these yellow flowers just about the time I forget their name… 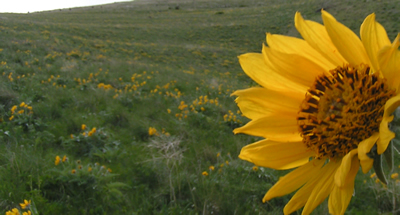 I did another load of Shale Rocks: 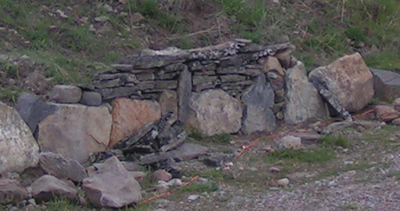 This bird made a nest in our Hayshed: 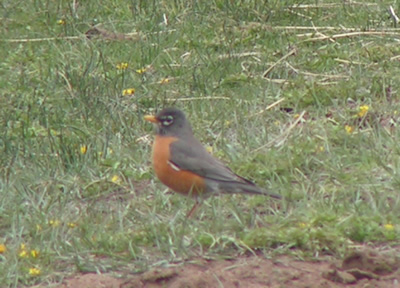 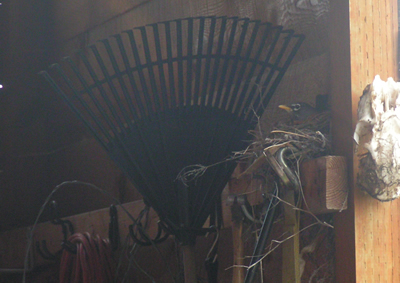 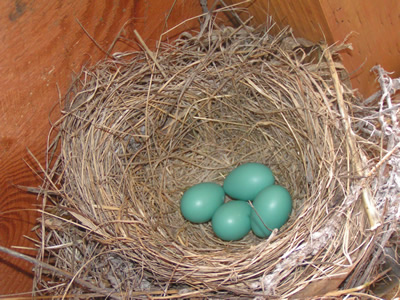 Rosco and Penelope watch over our land: 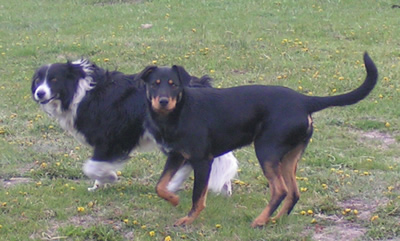 A “California Red Garter Snake” decided to die in front of the Hay shed to scare the “bajebas” out of Anna: 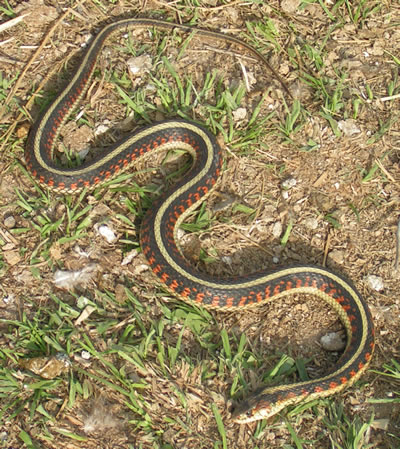 Our Duck and Chickens are GINORMOUS: 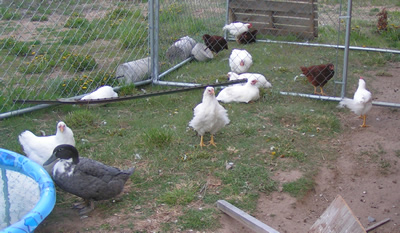 We got some lawn ornaments that double as full time lawnmowers: 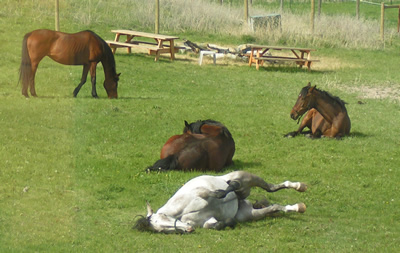 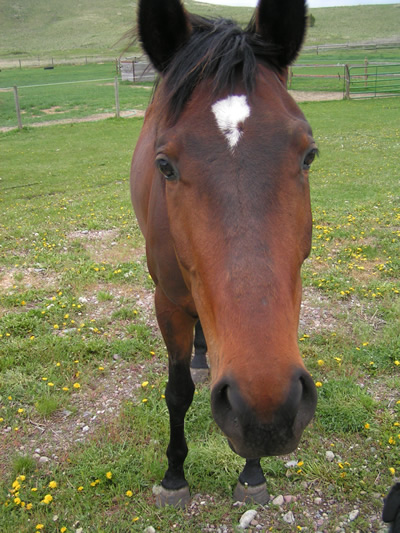 What? No adorable pictures of Mocha in a picture post? Impossible!

Life around AshAnna’s place has been crazy as of late. We’ve been doing so much, It would take too long to make a post for each item, so I’m going to throw them all together in picture format. I’ll try to do a little of narration to keep you on track. 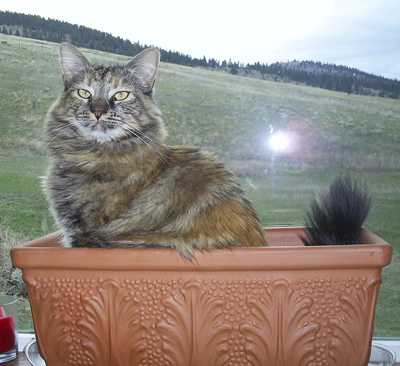 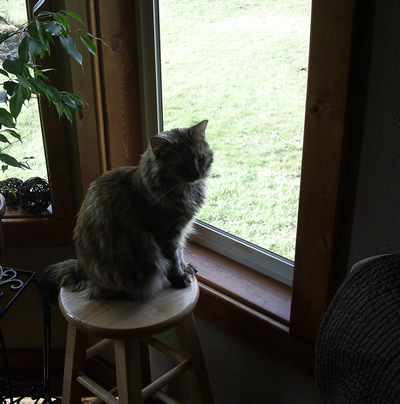 Ashton finally got his hair cut: 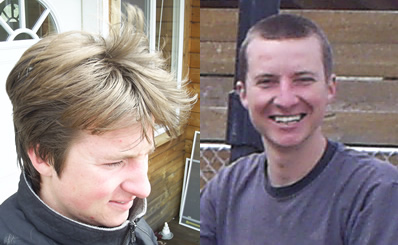 Ashanna created a flowerbed on “the dull side of the house” 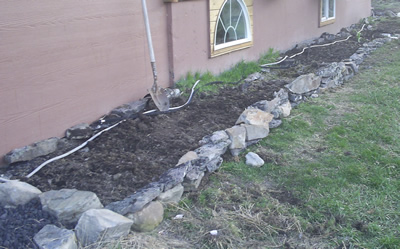 Here’s the progress on the stone wall:

We rented a post-pounder for the weekend. 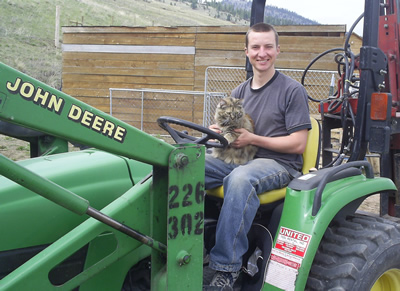 We woke up the other day to this: 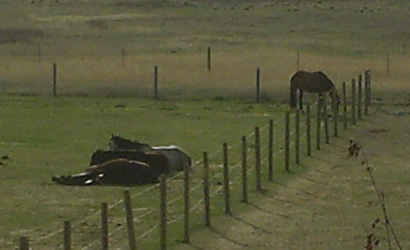 There were three of them in this next picture… but I was too slow. 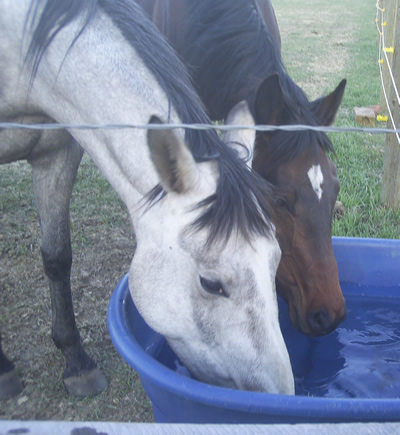 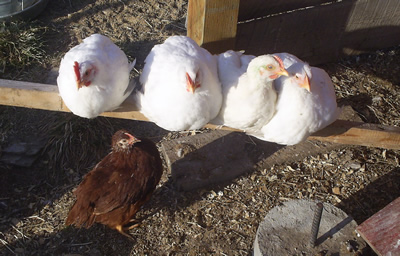 If you’ve ever been to our house, as you drive down our driveway, up to our house, you’ll see a nice line of large rocks on the right, with small trees in between them. On the left, you see a pile of dirt and rocks, covered in weeds.

I (Ashton) got this crazy idea in my mind that I can create a awesome terraced planter there! So, as crazy ideas usually begin, I got right to work. =]

Whoever built our house evidently ran into a bunch of large rocks as they are distributed around the property, including on top of this ugly hill. I brought it upon myself to bring these rocks down, and line them up in a nice straight line. Mind you these rocks are 300-600 lbs each…

Here’s the first shot I took of the area. You can see the random large rocks around the top of this hill: (I have already moved two big rocks into place.) 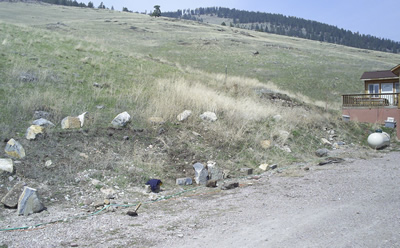 And then I moved a bunch of them down.

Buddy helped me move the last one (on the right), which was at least 500lbs.

Here’s a close up of the progression that I went through in ~4 hours: