Update: Our baby mustang now has a name: Maple (or pancake for short).

So as I mentioned before, babies pick up a lot from their mother, and it just so happens that Aspen is scared to death of humans. So when momma freaks out and walks away from “those two-legged creatures” the baby follows. But today, 7 days after Maple’s birth, Anna got to show Maple the goodness of scratching: 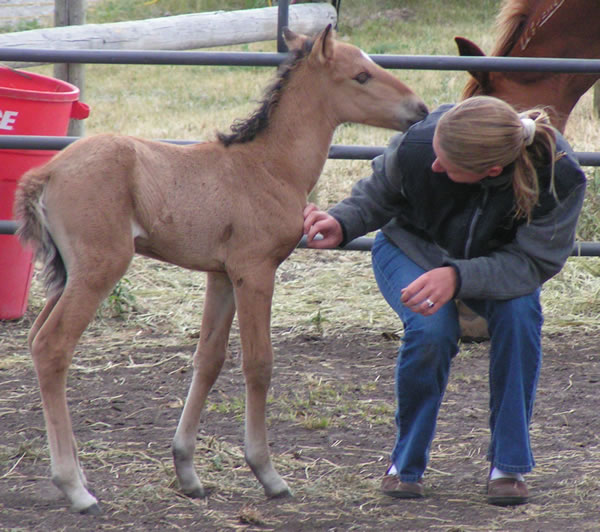 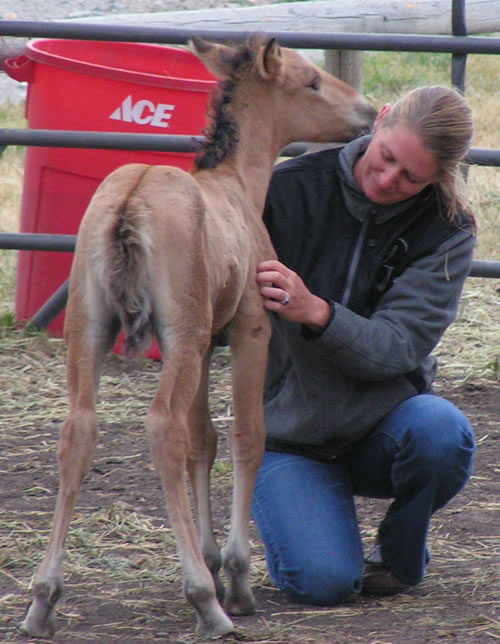 As you can tell, Maple just loves getting scratched. Near the end of the video she even tries to jump on Anna cause she loves her so much… go figure. =]

On a similar note; earlier today, Maple had a huge burst of energy and did sprints around her pen. She ran all the way over to the hay shed, and back, and around her pen. I wasn’t fast enough with the camera =(

3 replies on “Baby Mustange Gets Pet”

You’re creating teen angst for that baby mustang! Now it’s going to return to its mother and say, ‘GOD MOM, you just don’t understand my friends! They’re not all bad!’ and the mother is going to give her a time-out and the baby will become emo.

OH! She is so sweet! How awesome is it that you walk outside one day and have a new little filly! I want one too!