Mocha was sitting on my desk looking out the window as she normally does every day. It was still nice and cool outside, so I opened the window so Mocha could stick her head out… The second the window opened: Mocha jumped out of it, landed 10 feet down, sprinted 20 feet into the bushes and a second later came out with a snake: 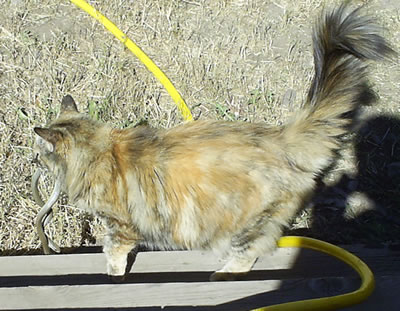 As you can see the snake was about as long as Mocha is! 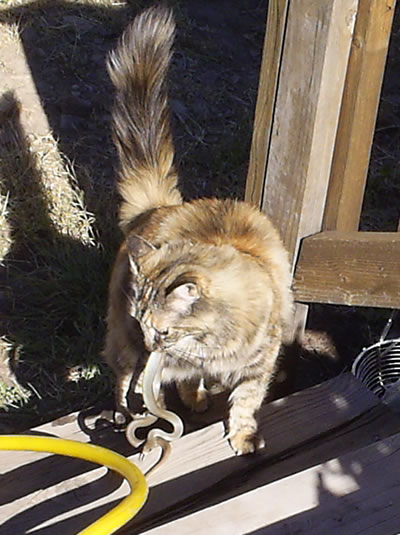 Then she took the snake under our porch to play with it. 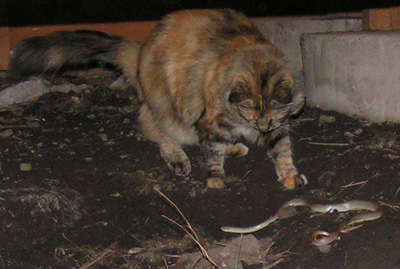 After I took that last picture, I brought Mocha inside so the snake could return to it’s life in the hopes of getting large enough to help Mocha and Rosco in the quest to remove all gophers from our land.

And since I’m posting about Mocha, here are some picture of Mocha being adorable: 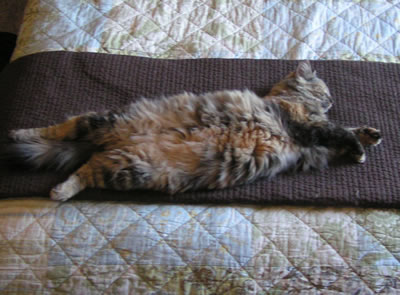 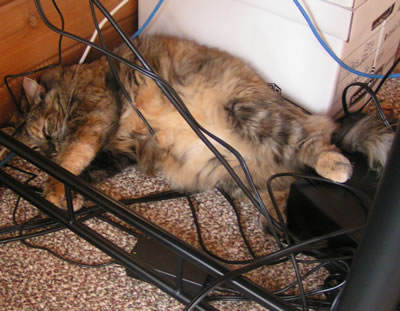 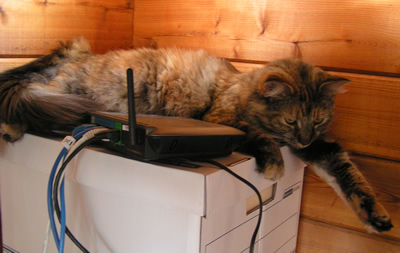 Hahaha, what a spoiled cat.
-AshAnna