As I’ve mentioned before, this is going to be a “pole barn” which means the entire structure relies on poles sticking into the ground. This epic barn will have (and had) 16 poles. We dug 16 holes, and now we have got to fill them.

8/4/2009: Bryon Harrison helped a lot in this stage. He lined up the poles with the appropriate holes:

Here’s the first four corner poles up and braced. (If I could do this again, I would have measured these corner poles to make sure they were placed perfectly (and square), plum them out and then fill them in.)

8/5/2009: Then we started bracing up the inside poles. Once they are all plum and centered, we braced them with the old purlins. 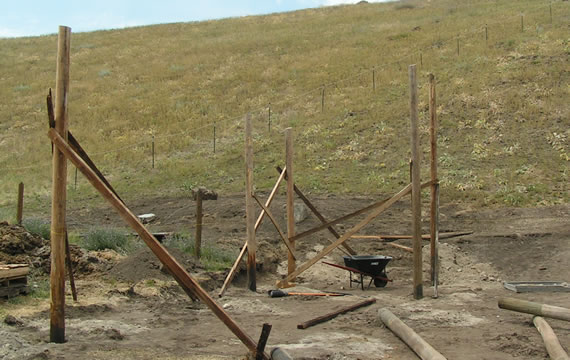 Grandpa Joe helped me a lot in getting these 8 poles plum and braced. At one point, I turned around and took a step right into one of the three-foot holes. I fell almost up to my waste and no cuts or bruises. hahaha 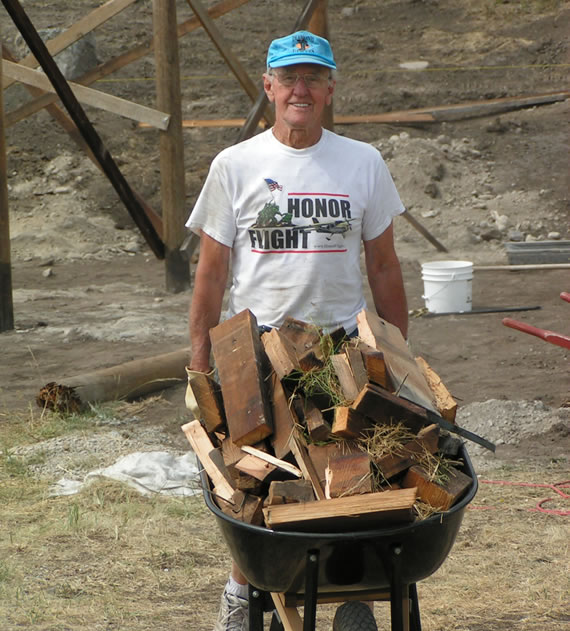 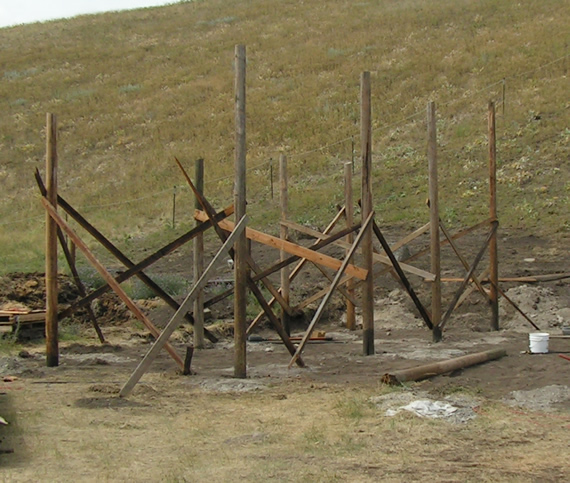 After that, Grandpa Joe had to go back to Florida. =(