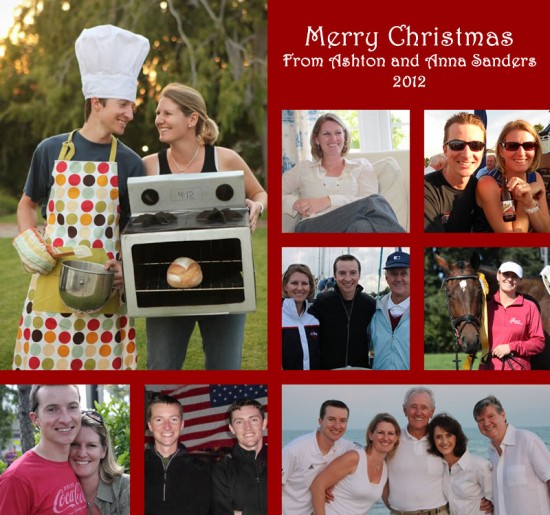 Bun in the Oven

The biggest news of the year is that we have a baby due in April. This was our Halloween costume this year. –>

Anna has just started showing, and started wearing all of her sister’s pregancy clothes. Anna and the baby are doing well. We got an ultrasound and found out that it’s a boy! We’re both very excited for our first baby that isn’t an animal.

Anna bred three foals (baby horses) this year. Only two were ours, but they were all adorable. Two of them were born in the same month and grew up together, so they are now inseprable. They are the exact same size, and go everywhere together.

Ossette, Anna’s horse, did very well at the North West Dressage championship this summer. Ashton got to come and take pictures and root for them.

Ashton coached two Soccer teams this year for "Polson Youth Soccer". Both teams were "Under 12 years old". The first was a traveling team so Ashton got to travel to a few Western Montana cities he’d never been to. His team won the final championship at the end of the season. It was a great experience. More>

Anna and her mom, Carol, took Ashton and Grandpa Joe to England this year to meet their large English family. More>

Our entire Family (plus our Florida family) got together for Thanksgiving. It’s the first time the entire family was together in a very long time. We had a lot of fun together.