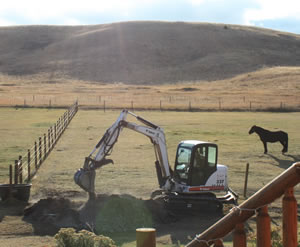 As a kid, I’ve always dreamed of doing crazy-awesome things like building a treehouse, slaying an evil dragon or digging a moat around my house. I’ve tried (semi-successfully) to do the first, but finally found a big enough shovel to do the last! (I’m still searching the interwebz for that evil dragon ;))

Another fantastic neighbor, Sam Doble, had an untamed, 3-year-old, large Tenesee Walker (horse) that needed training. He also had an excavator. You can see both in this picture (on the right). 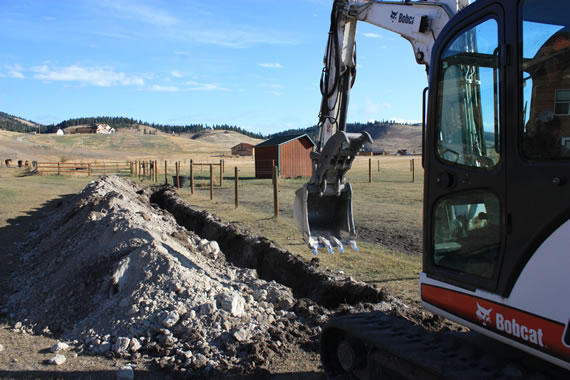 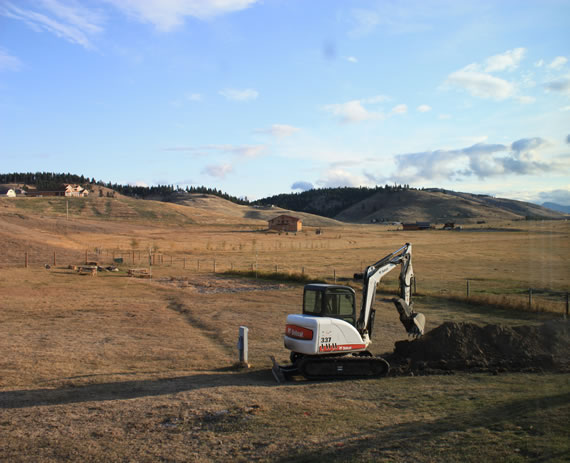 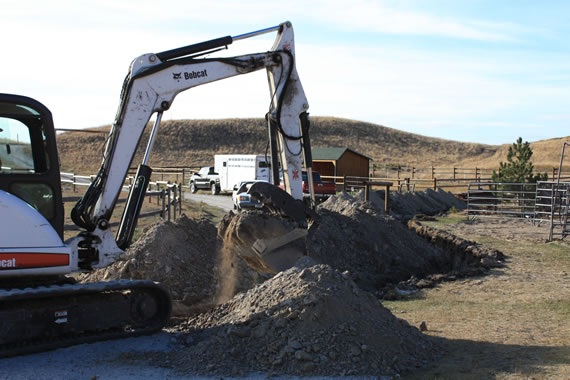 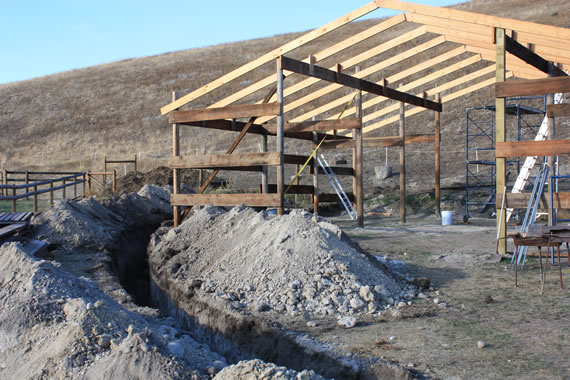 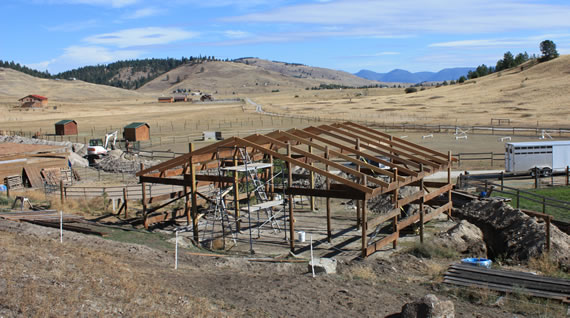 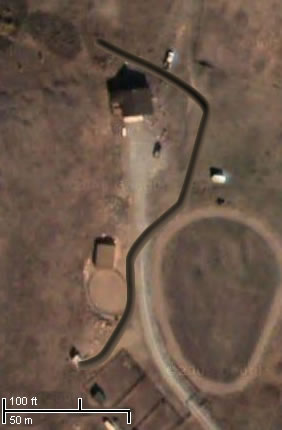 By the time everything was said and done, we had dug almost 500 feet of trench and laid 1500 feet of pipe and electical.

Sam, our neighbor, did an excellent job digging the trenches. We had to find and dig around three pipes/wires that crossed the trench.

We only had one mistake, which happened on the last scoop next to the phone line. Where we crossed the phone line was practically limestone… okay, so it was just really hard packed clay/dirt. We spent more than 45 minutes digging by hand to clear space around the wire for the backhoe to easily dig around it… and we only cleared like 6 inches. It was a pain-staking ordeal. Even with the crappy clearance, Sam was able to get around it well, until the last scoop. With a ridiculously unlucky jerk, the backhoe didn’t extend enough and went straight into the phone cable.

It was just barely enough to break the cable.  =( The cable even had a bit of plastic that was still attached… 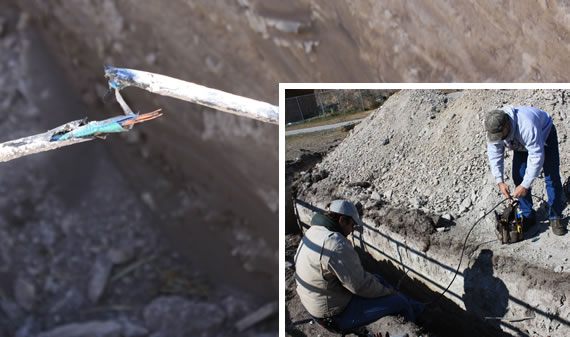 I was pretty darn impressed with the CenturyTel guys, though. I’ve ranted on numerous occasions in the past about how CenturyTel Sucks, but I really haven’t had a problem with them in over a year now. These guys came out first thing on Monday, and did both splices in 20 minutes flat. Props guys.

After all that excitement, we laid the pipe and electric cables and began filling in the moat. =( It was a sad day. My alligators hadn’t even arrived yet. 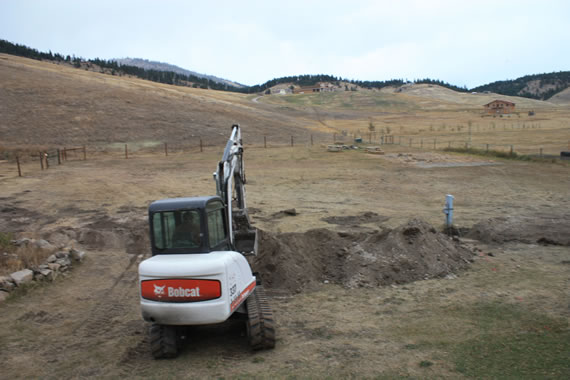 Now our lawn/driveway has even more bumps in it… yeay…