Buzz really let them have it. 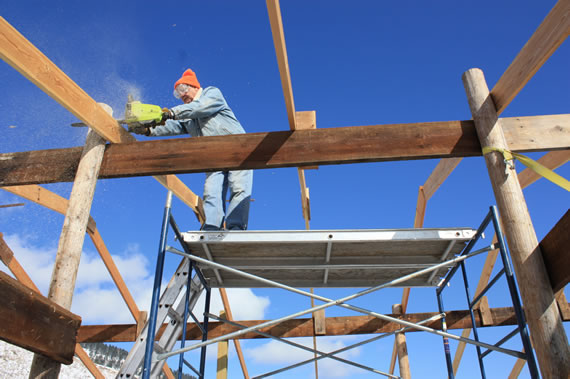 (Special Thanks to Buddy for letting me borrow the scaffolding. What a live saver!)
But just after this picture, we hit a ringshank nail and it popped the chain of the blade. =( Buzz let me borrow his brand new DeWalt Saws-all so I could chop down the remaining ones.

During and after we were cutting these poles, I was also working on scabbing the tops of the rafters (where they came together) for some extra support. (The old barn was only toe-nailed together.) 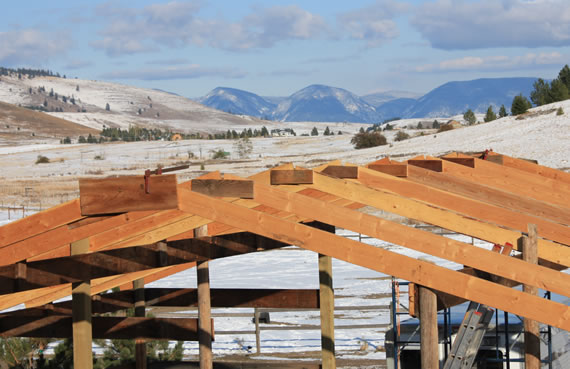 After that it was time to get some purlins. I started trying to salvage the old (real) 2×4 purlins from the old barn but realized it would take forever to try to patch them all together to make 32 feet 11 times. I also only had enough for 6-7 rows of purlins. So I broke down and purchased some fresh 16-foot 2×4’s.

I started putting them up on the roof (Thanks Anna for passing them all up to me =)), and Mocha came to help, or just be moral support. Please ignore the pink ear-warmer, it was cold and I couldn’t find my black one. 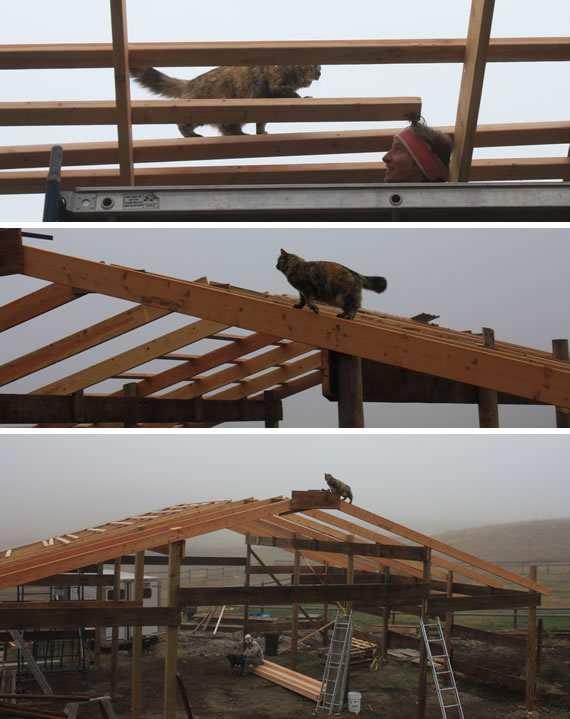 Here’s me after I completed putting up the purlins (hopefully they will line up with the screw holes in the old roofing.) 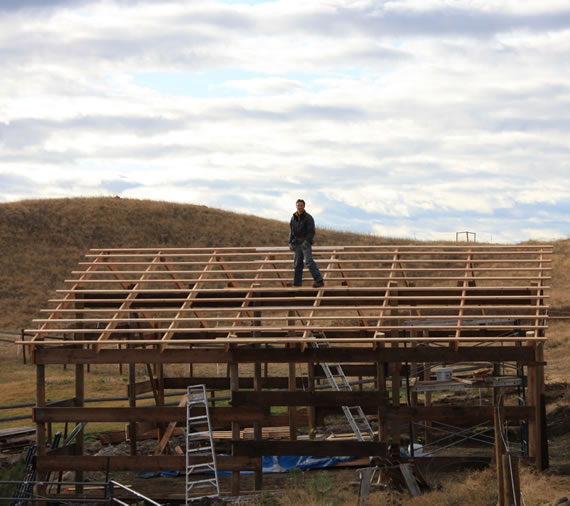 Before I put the roofing on, I wanted to make sure to get the collar beams at least in place. Anna, Mocha and I got all of these up in a couple hours. (Collar beans are the eight short dark horizontal beams below.) 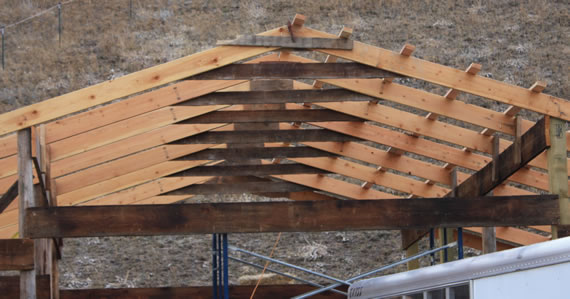 Although you can’t really see the roof from this angle, I now have 4/16 metal roof tiles screwed down. 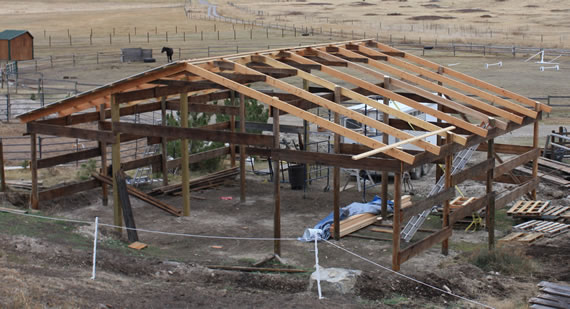 So close and so epically far away…
Ashton

One reply on “Epic Barn Roof”